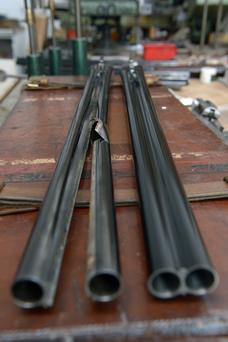 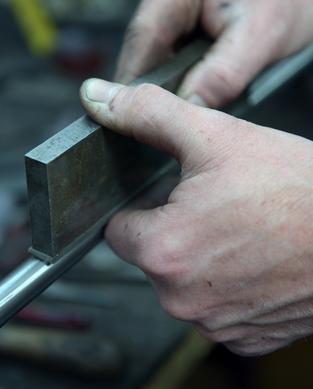 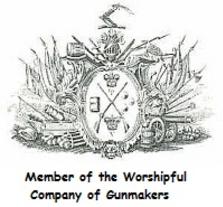 During his working life Philip has gained many years of experience with gun makers across the UK and Europe, it is this experience where Philip decided to set up his own business in the UK, it was then that Bozard & Co was reborn.

It was not long after completing his apprenticeship when Philip earned his membership into the Worshipful Company of Gunmakers in 1992 by servitude.
This means he started a further four years (two years before completing his apprenticeship which was five years) honing his skills and showing the Company that he could produce the very best gun barrels as a craftsman, thus proving to them he was worthy to become a member.
This then gained him the Freedom of the City of London. An award he is extremely proud of. Especially that he rightfully earned his by the true and original method.

​He was also a member of the Society of Young Freemen.

(Now known as The Guild of Young Freemen)

About the gun company
Bozard & Co is owned by Philip Turner, a gunmaker with a lifelong experience in the shooting world and has handled shotguns and rifles all his life.
There was a gun makers called Bozard & Co that used to be based in London in the late 1800's but we are nothing to do with them. Philip liked the name and uses it for his own business purposes. Although he has researched the original company for his own interests he has no connection with the firm of old or holds any of the gun records.

Philips Bozard & Co gun company has been operating since 2003 near Lambourn and now Baydon.

Phil's Story
Philip has been working in the gun making industry since 1985, and has worked for some of the most reputable gun manufacturers in the country whilst learning his trade.
He apprenticed at Purdey as a barrel maker and spent a total of nine years there. He then worked for Holland and Holland for six years as barrel shop foreman.
He has spent his complete working life in the guntrade, making and repairing the best sporting weapons. Philip grew up in Canada. Naturally he is a passionate outdoorsman and particularly enjoys camping, fishing and shooting.
He goes back to his "home" on the Great Lakes in Ontario for the Bass fishing season as often as he can, but not as often as he'd like!

His shooting experience goes back to the age of ten years old when he used to wander his farm in Canada with a Winchester .22 shooting squirrels. Over the years he has gained much experience hunting in the Canadian wilderness, stalking in England and Scotland to driven game shooting all over England. This enables him to give you the best advice on whatever your needs in the field.
He specialises in barrel making and sleeving, especially double rifles but is happy spending most of his time these days restoring and maintaining shotguns and rifles.
Philip has an outstanding reputation for his superior gun making skills, not just locally, but across the country and around the world.

He is not an RFD or gunshop claiming to be gunsmiths or say they carry out gun repairs. Phil is one of a unique handful that served a full 5 year apprenticeship and another 4 years under the Worshipful Company of Gunmakers.
Not only does he have the experience, he has the passion.... even after 34 years.
He treats your gun as if it was his own. So trust your gun to someone who's career is and always has been in gun making.